Garching,Munich.Germany – OncoBeta® GmbH has today announced a world-first from Australia, with the first patients treated with Rhenium-SCT® as part of the global phase IV EPIC-Skin Study (Efficacy of Personalised Irradiation with Rhenium-SCT – for the treatment of non-melanoma skin cancer [NMSC]).

These Australian patients are the first of 200 adults in the study, and their progress will be followed over the next 24 months. The international study will be conducted through study centres located in Australia, Austria, Germany and the United Kingdom. Australia will host multiple study centres in selected capital cities, with these patients the first to be treated globally at South Coast Radiology located within Gold Coast’s John Flynn Private Hospital.

The first patients in the study were treated on 25th February by GenesisCare’s Radiation Oncologist, Associate Professor Siddhartha Baxi, after being successfully trained and certified by the team at OncoBeta. A/Prof. Baxi said, “This study presents an important opportunity for the international medical community to better understand NMSC treatment, and to further evaluate this new non-invasive epidermal radioisotope therapy. Australia has the highest incidence of NMSCs in the world, so it is imperative that we investigate new treatment options and continue to improve patient outcomes.”

The EPIC-Skin study has an emphasis on Patient Reported Outcome Measures such as quality of life, treatment comfort and cosmetic outcomes, as well as further evaluating the efficacy of Rhenium-SCT for the treatment of NMSC. Patients in the study will utilise OncoBeta’s Clinical Study app, providing a simple and streamlined way to record their experiences.

There are more than 7.7 million cases of NMSC each year, and incidence rates are increasing globally. 1,2 Traditional treatments for NMSCs predominantly involve surgery, which may have a risk of scarring or loss of function. Treatment with Rhenium-SCT employs a non-invasive superficial application of a paste containing ß-emitting particles directly to the lesion, which eliminate cancer cells without the need for surgery.3-5

Dr Gerhard Dahlhoff, Medical Director at OncoBeta GmbH, says, “Rhenium-SCT offers a new way of treating NMSC. The role of nuclear medicine in the treatment of many forms of cancers is becoming increasingly important. Rhenium-SCT can be applied directly to an affected area, without harming or scarring surrounding tissue. This can have a profound effect on patient quality of life, where function or aesthetics are concerned.”

OncoBeta Australia Country Manager, Ken Rikard-Bell, says, “With rates of NMSC on the rise in Australia and around the world, it’s vitally important that treatments are continuously improving and innovating. It’s exciting what this study could mean for the future of NMSC treatment. Never before has there been such an ability to fit the treatment to the patient.”

OncoBeta has partnered with Australian Nuclear Science and Technology Organisation (ANSTO) to produce the Rhenium- SCT® compound for the treatment of non-melanoma skin cancer. 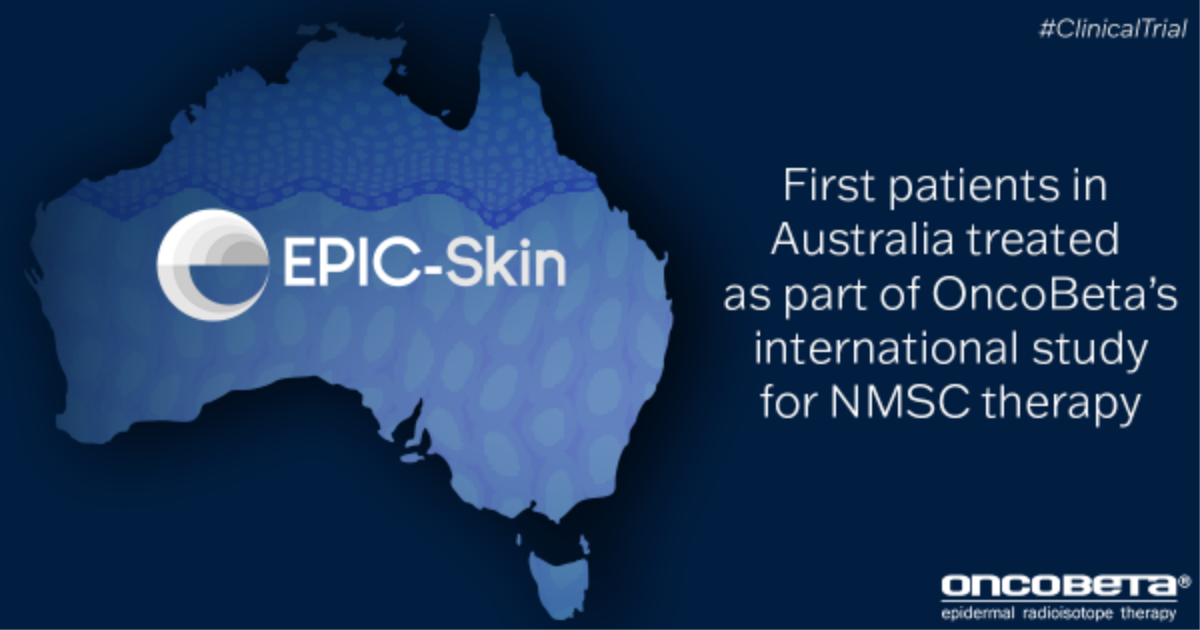